At Primetime Testing Laboratory, we use state-of-the-art shaker systems with a thermal capability of -40c to 100c. This allows us to complete all levels of vibration testing for your components and assemblies. 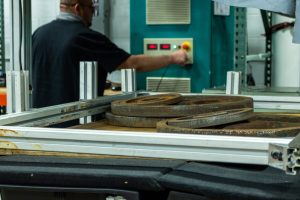 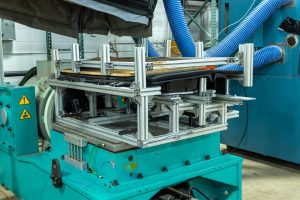 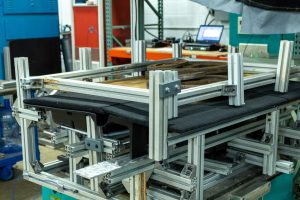 Random on Random tests simulates real-world vibration environments by simultaneously running a combination of broadband random signals and narrow-band signals. Both signals are at fixed frequencies or swept over a predefined range to simulate a service environment where both modes are present. This mixed test excites all the resonances of the device under test. By doing so, engineers can determine the interaction between multiple resonances.
Random Vibration tests are comprised of vibration energy at all frequencies over a specified range. One of the more common types of vibration testing services performed, random vibration is motion which is non-deterministic, meaning future behavior cannot be precisely predicted. This randomness is a characteristic of the excitation or input. MIL-STD-810, RTCA DO-160 and IEC 60068-2-64 are some common random vibration test standards.
Shock Vibration testing of products and materials help determine to what degree items can physically and functionally withstand infrequent, moderately high-level force impulses or temperature changes that would be encountered in handling, transportation, and service environments. This test not only proves compliance, but it also protects equipment and users from dangerous product or component failures before market entry.
Signal Analysis with Transient Capture allows you to capture a transient waveform that can be used for post-processing. Transient Capture is typically used with drop shock machines, its common applications are package testing, product life testing, and pass/fail product testing.
Sine on Random (SoR) is a common type of mixed-mode vibration test, which performs sine and random vibrations simultaneously. This simulates sources where both modes are present in the ordinary service of the device under test. This test contains sine tones that are superimposed on a low level of broadband random vibration, which can be a fixed or sweeping frequency. Some examples of Sine on Random vibration tests are from helicopters, propeller driven airplanes, and rapid gun-fire events on aircrafts.
A Sine Resonance Track and Dwell test brings a product or component to failure by exciting a known resonance. During the test, the vibration controller runs a single sine tone at the product’s resonant frequencies. A product experiences the most fatigue when it is exposed to its natural resonance. This is used in the design and validation of a product in most industries that use vibration testing.
Sine Vibration tests are used to determine resonances and to expose the test item to a resonant frequency until it reaches failure. There are several ways to conduct a sine test, and it is one of the simplest tests to set up and perform while being one of the best ways to accurately identify resonances. A Sine Sweep helps expose the sample to a single sine tone with a varied frequency across a specified range.

Let’s Get in Touch

If you have any questions or want to request a free quote from us, please click one of the buttons and we will get back to you as soon as possible!